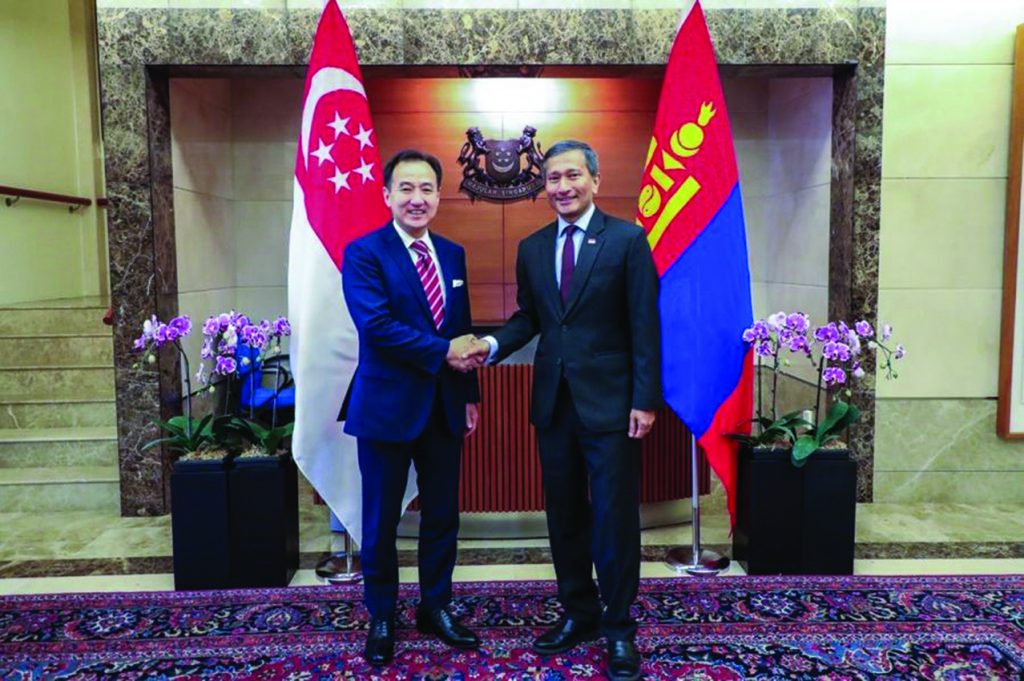 Minister for Foreign Affairs of Mongolia Damdin Tsogtbaatar made an Official Visit to Singapore in June 2019. Minister Tsogtbaatar called on Deputy Prime Minister and Minister for Finance Heng Swee Keat, and met his counterpart, Minister for Foreign Affairs Dr Vivian Balakrishnan. During the meeting, the Foreign Ministers have discussed how Singapore and Mongolia can strengthen bilateral relations, including economy, trade and investments as well as cooperation in international arena. Minister Damdin Tsogtbaatar had also extended an invitation to Minister Dr Vivian Balakrishnan to visit Mongolia in 2020.

Trade and economic collaboration between the Republic of Singapore and Mongolia have steadily increased in recent years to reach US$58 million in 2018, an increase of 31% from the previous year. Mongolia has a vested interest in expansion of mutually beneficial and complementary relations in all possible areas of economic cooperation. The increase in bilateral trade and economic ties with Singapore is higher compared to other Southeast Asian countries. 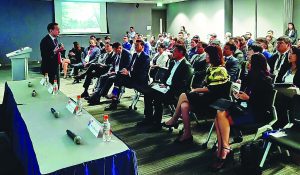 Singapore-Mongolia Business Dialogue
In order to intensify this trend, the Embassy of Mongolia and the Singapore Business Federation (SBF) co-organised the “Singapore-Mongolia Business Dialogue” on 7 June 2019 in conjunction with a visiting delegation of close to 30 Mongolian enterprises, led by the Mongolian National Chamber of Commerce & Industries (MNCCI) and the Business Council of Mongolia (BCM). It was very pertinent and timely that the business dialogue was organized during the Foreign Minister Damdin Tsogtbaatar’s official visit to Singapore, and it was the first such dialogue since the “Mongolia-Singapore Business Forum” in 2015. The aim of this business dialogue served as a platform for businesses from both countries to understand the investment climate and opportunities in the respective countries. The business dialogue had a total of 150 participants from the two countries that were representing both the public and private sectors. During the business dialogue, Minister for Foreign Affairs of Mongolia, His Excellency Damdin Tsogtbaatar delivered a keynote speech and provided an overview of the current foreign investment business environment in Mongolia. Ambassador Tumur Lkhagvadorj expressed optimism at further enhancing bilateral relations in his welcoming remarks. 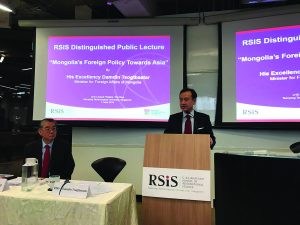 Minister Damdin Tsogtbaatar gave a S.Rajaratnam School of International Studies (RSIS) Distinguished Public Lecture on Mongolia’s foreign policy towards Asia. His Excellency spoke on Mongolia’s transformation into a democratic country, its role in multilateral platform, recent economic developments and relationship with our two neighbouring countries, Russia and China, as well as our Third Neighbours.

Upcoming the Big “Five-0”
Mongolia and the Republic of Singapore will mark the 50th Anniversary of the establishment of Diplomatic Relations in 2020. It is an important milestone to look forward to and to further deepen our bilateral relations.