The conference was held in conjunction with the second Norway-Singapore Science Week, and jointly organised by the Norwegian Embassy, the Arctic University of Norway, and the NUS Energy Studies Institute. The aim of the conference is to engage key Arctic stakeholders from academia, industry and companies in a discussion on areas of cooperation between Norway and Singapore. Topics covered include sustainable energy infrastructure, the use of Hydrogen energy, as well as climate change predictions.

As a low-lying coastal state, Singapore is vulnerable to rising sea levels; the Arctic is a barometer of climate change. Singapore contributes to the climate change agenda by participating in international Arctic events, raising regional awareness of Arctic issues, and contributing actively to discussions at the AC, the leading intergovernmental forum for discussing political, economic, environmental and scientific issues concerning the governments and inhabitants of the Arctic region.

Keynote by Special Envoy for Arctic Affairs Mr. Sam Tan on Singapore’s Engagement and Interest in the Arctic at the Norway-Singapore Arctic Hybrid Conference, Wednesday, 3 November 2021

1            A very good afternoon to all of you. It is my privilege to join distinguished researchers and experts of sustainable energy and climate change here today at this conference.  Let me first express my appreciation to the Norwegian Embassy, the Arctic University of Norway, and the NUS Energy Studies Institute for organizing this event.

2            Singapore and Norway are like-minded partners with warm relations, underpinned by strong maritime and economic ties. We also cooperate closely on Arctic related initiatives, including at the Arctic Council. It is thus befitting that my last Arctic-related visit in my previous capacity as Minister of State was to Tromsø for the 14th Arctic Frontiers Conference in January 2020. Today, I have the honour of delivering the keynote at this conference organised by Norway in my new capacity as Singapore’s Special Envoy for Arctic Affairs.

5            Singapore sees the need for stronger international collaboration on sustainability initiatives amid the climate crisis. As Prime Minister Lee has said, this remains the “existential challenge of our times”. Recent research has revealed that Arctic warming is happening three times faster than the rest of the planet. In fact, it has been predicted that sea levels could rise up to 1m towards the end of the century. As a low-lying island with one-third of our island being less than five meters above the sea level, Singapore is especially vulnerable to the effects of climate change.

6            Melting polar ice-caps pose a threat not just to the immediate surrounding region, but to low lying islands such as Singapore.  As a small maritime nation situated at one of the most important shipping lanes in the world, Singapore is also interested in the possibilities and opportunities for international shipping that the opening of the Northern Sea Route presents. This new route would shorten current shipping routes between East Asia and Europe by about 40%.

7            However, these developments will also bring about new opportunities. As climate change accelerates, it has spurred innovation for new ways to support growth while reducing our carbon footprint. For instance, there is an urgent need for all countries to shift towards cleaner sources of energy. Over the past decade, Singapore has switched from fuel oil to natural gas (the cleanest fossil fuel), which now makes up 95% of our fuel mix for electricity generation. By 2035, we plan to import 30% of energy from low-carbon sources. We also seek to innovate in the domain of sustainable energy, which our distinguished speakers will further elaborate on shortly. The use of Hydrogen as a low-carbon sustainable energy source has generated quite a bit of buzz in both Singapore and Norway. Singapore is actively studying and investing in advanced low-carbon solutions such as carbon capture, utilization and storage technologies, and hydrogen. We also plan to quadruple local solar energy production from 2020 levels by 2025.

8            There is much scope to unlock the large and mutually beneficial economic opportunities as we push for decarbonization and sustainability. International cooperation is also key as we work to improve the environmental integrity of carbon credit markets around the world, scale up green opportunities and manage potential cross-border spillover of carbon pricing and related measures taken by individual countries.  Over the past few years, Singapore has invested almost S$50 million to develop low-carbon energy technology, and commissioned studies to begin examining the feasibility of using Hydrogen as a fuel. Through these studies, we have begun to identify the challenges of this alternative energy source, such as the difficulties of producing green hydrogen at scale using domestic green electricity. It is my hope that we can begin to overcome these challenges through knowledge exchanges at conferences like these.

9            The impact of climate change on the Arctic ecosystem has been severely felt over the past year, with 2020 being the second-warmest year on record for the Arctic region.[1] Hence, it is necessary to strengthen global scientific cooperation and collaboration, and conferences such as these help in developing our understanding of the rapid changes impacting the Arctic.

10          Singapore’s Institutes of Higher Learning (IHLs) undertake research in Arctic technology, including facilitating remote energy access in the Arctic. Of note, the National University of Singapore’s Technology Centre for Offshore and Marine contains a deep ocean water basin facility which has the potential for Arctic research applicability. We also set up the Centre for Climate Research Singapore to enhance our understanding of climate science, including how climate change in the Arctic affects polar ice sheets. I look forward to hearing the latest findings from my good friend, Professor Ben Horton from the Earth Observatory of Singapore, in his segment later.

11          Since joining the Arctic Council as an Observer State in 2013, Singapore has been supporting the sustainable development of the Arctic, including through active participation in various Arctic Council Working Groups, and sharing Singapore’s best practices and knowledge in areas such as preventing oil spills, conserving biodiversity, marine shipping, and sustainable energy development. In addition, we continue to offer a technical cooperation package to enhance human resource development and governance capacities for the Permanent Participants. Singapore looks forward to closely working with the Russian Chair to contribute meaningfully to the work of the Council.

12          Looking ahead, Singapore seeks to further contribute to the Arctic region in a few ways. First, we look forward to promoting greater youth engagement on Arctic issues since it will be of increasing concern over the course of their lives. To raise awareness on climate action and sustainability issues amongst Singapore youths, the Singapore Ministry of Sustainability and the Environment (MSE) initiated thematic years on climate action and zero waste. It also organised Singapore’s Climate Action Week in August 2020 to encourage collective sustainable action. Just last year, Singapore launched the Singapore Green Plan (SGP) 2030, a whole-of-nation sustainable development agenda that strengthens Singapore’s commitments to achieve our long-term net zero emissions aspiration as soon as viable.

13          Beyond youth engagement, Arctic-related research will continue to be a priority for our engagement with the region. Policy in the Arctic should be supported by science-based research, and further studies would support such an endeavour. As an Observer State to the Arctic Council, Singapore is committed to contributing to a better understanding of climate change and its impact on the Arctic. We look forward to collaborating with international experts across the research community on global efforts in adapting to climate change. We also want to find avenues for making Arctic science research inclusive and engaging for the next generation, as global climate change will impact them most.

14          I look forward to an afternoon of engaging discussions, and wish you a fruitful conference. Thank you. 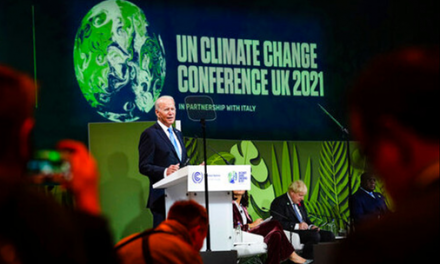 US, EU & UK TO ADDRESS CLIMATE CRISIS THROUGH INFRASTRUCTURE DEVELOPMENT 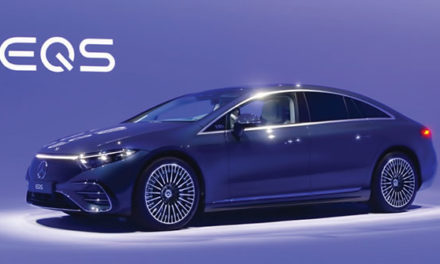 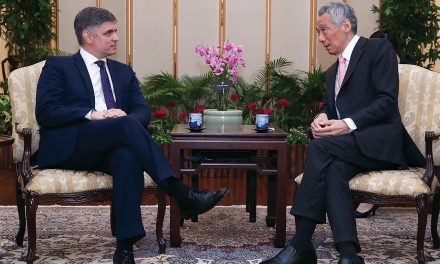