EMBASSY OF THE REPUBLIC OF POLAND

Both nations continue to use many platforms to enhance bilateral relations, while strongly promoting lively people-to-people contacts 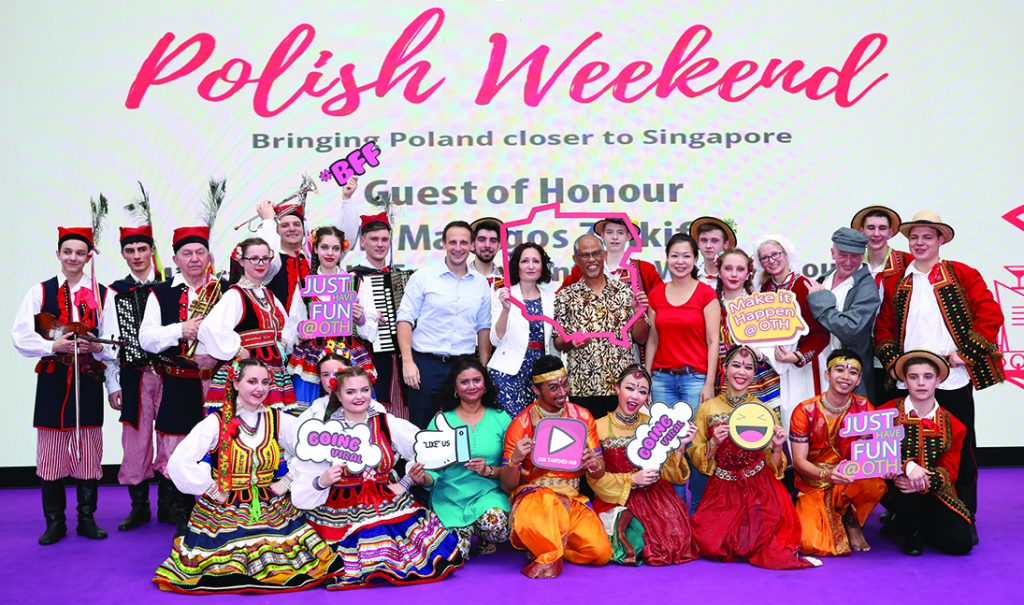 Poland Shiok! A special edition of the Polish Festival was brought into the heartlands of Singapore

2019 marked the 50th anniversary of establishing diplomatic ties between Poland and Singapore – the significant occasion which was highlighted by the official visit of Mr Jacek Czaputowicz – Poland’s Minister of Foreign Affairs to Singapore in April 2019. Another important step in our ties was the opening of the office of Singapore’s Honorary Consul General in Warsaw, Mr Andrzej Kawecki. 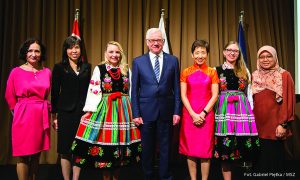 Poland Shiok!
The momentous year witnessed also a special edition of Polish Festival in Singapore. Poland SHIOK once again brought Polish culture, traditions and products closer to Singapore’s hearts and, for the first time, to its heartlands at the Our Tampines Hub. Following the festive opening graced by the presence of Mr Masagos Zulkifli, Minister for Environment and Water Resources, the two week festival attracted more than ten thousands of Singapore residents with more than 20 culinary, cultural, sport and lifestyle events across town.

Bells of Happiness
In October, Poland’s Bells of Happiness at Faber Peak were officially inaugurated by Mr Marek Gróbarczyk, Minister of Maritime Economy and Inland Navigation of Poland and Mr Khaw Boon Wan, Singapore’s Minister for Transport. The existing Bell of Happiness at Mount Faber – linked to Polish famous ship “Dar Pomorza’ – was joined by the bell of another magnificent Polish ship “Dar Młodzieży” which visited Singapore a year ago on its Independence Sail around the world. The new bell has been offered to Singapore by Poland as a friendship gift.

Polish Post and SingPost
The joint release of commemorative post stamps by Polish Post and SingPost was another way to confirm strong ties between our countries. The stamp issue “Birds of Singapore and Poland” featuring the oriental pied hornbill and the peregrine falcon – both species that were regionally extinct but thanks to restoration programs were preserved in their natural ecosystem – was officially unveiled in November.

Investment Agenda
The anniversary year brought also an important economic milestone i.e. the joint investment of PSA International with Polish Development Fund and IFM Global Infrastructure Fund in DTC Gdańsk – the fastest-growing container port in Europe. Its value of 1.1 billion USD makes it the biggest Singaporean investment in Poland and in the Central Europe so far and paves the way for further investment and cooperation opportunities.