The Uzbekistan Government responds to accusations of neglect for the development of the region and the deadly unrest that recently took place in Karakalpakstan.

THE Uzbekistan Government reported that 18 people were killed and 243 wounded during unrest in the country’s autonomous province of Karakalpakstan in the beginning of July. In a media release by the Uzbekistan authorities, they detailed the policies that the Uzbek leadership have implemented in support of the development of Karakalpakstan.

1. Uzbekistan has always given priority to promoting the development of the Republic of Karakalpakstan. This largest region of the country in terms of territory has large natural and raw materials and agricultural resources, labor potential, transport networks and industrial infrastructure.

The sustainable development of this region is hampered by the negative impact of the ecological crisis of the Aral Sea region, difficult climatic conditions, low population density, low quality of land and water resources, and transport remoteness of settlements. According to UN estimates, most of the region is an arid zone, highly prone to land degradation. All this has an impact on the economic development of Karakalpakstan, social well-being and health of the population, attracting the constant attention of Tashkent.

The President of Uzbekistan Shavkat Mirziyoyev has repeatedly noted that he is “the son of not only the Uzbek, but also the Karakalpak people.” In his speeches, he always focuses on the fact that “New Uzbekistan is a state the main goal of which is to ensure a free, comfortable and prosperous life for a multinational people.”

Karakalpakstan is one of the regions, the solution of development problems of which has become one of the priorities of the state policy. It is no coincidence that in September 2021, as a presidential candidate, Shavkat Mirziyoyev began his election campaign precisely by visiting this region. In February 2022, the President spent three days in Karakalpakstan, studying the situation in the regions, the results achieved and remaining problems, and ways to resolve them.

For five years, 4,390 thousand sq.m. of land for housing were put into operation in the region, 15.2 thousand places were created in preschool institutions, 38.3 thousand places in schools. Since 2017, the coverage of children with preschool education has increased from 32% to 75%. During the same period, approximately 127 thousand new jobs were created. For the period 2011-2020 GRP per capita increased by 6.9 times.

All this dynamics of socio-economic development is provided not only by significant financial support from the state (Karakalpakstan is one of the main recipients of subsidies from the state budget of the Republic of Uzbekistan), but also by a system of other measures and mechanisms for targeted support of the region.

Over the past five years alone, 11 trillion Uzbek soums have been allocated to the regional budget. Significant grants and loans from foreign donors and international financial institutions have been attracted. The Senate of the Oliy Majlis formed the Committee for the Development of the Aral Sea Region, Improving Life and Increasing the Income of the Population. Each city and region of Karakalpakstan is assigned to one of the regions of Uzbekistan (Nukus – to Tashkent, Muynak District – to the Tashkent Region, etc.). Similar patronage is entrusted to departments and large banks. As part of the “Doing Business in Karakalpakstan” campaign, 264 projects worth $350 million have been developed.

Great importance is attached to the development of the region’s transport infrastructure. The Muynak airport, frozen for 30 years, was reconstructed, which made it possible to restore air traffic Tashkent – Muynak – Nukus. In September 2020, ADB provided a $274 million loan for the reconstruction of the Nukus-Beyneu highway.

The successful industrial development of the region is evidenced by the construction and commissioning of dozens of enterprises in the fields of electric power, chemical, petrochemical industries and building materials. The largest of them are the Ustyurt Gas Chemical Complex, the Kungrad Soda Plant and the Khodjeliy Glass Plant. From 2017 to 2020, industrial production increased from 2.1 times. Over the same period, the total volume of investments in fixed capital increased by almost 3.7 times.

The targeted programs have been adopted and are being implemented for food production, cultivation and process agricultural products, cultivate medicinal plants, as well as establish logistics centers in the agricultural sector.

3. The main directions for further increasing the economic potential of Karakalpakstan are defined in the Presidential Resolution «On measures for the integrated socio-economic development of the Republic of Karakalpakstan for 2020-2023». It focuses on creating the new «growth points» of cities and districts, supporting for areas with a low level of development. It is set to create 374 facilities and 27 clusters, increase the annual export volume to $347 million, and rise the export enterprises to 250. 1,359 investment projects with a total amount of 12,3 trillion Uzbek soums have been formed.

In the medium term, it is planned to put into operation a mining and metallurgical complex, modernize the Ustyurt gas chemical complex, as well as build hydrogen and nitrogen filling stations, etc.

Establishing a situational center for the investment projects in the capital of the Nukus region, on the basis of which a unified system for the formation, implementation and monitoring of business projects has been formed, will contribute to improving the efficiency of the region’s investment complex. A Council of Entrepreneurs has also been established, which interacts with project teams when discussing new ideas and proposals, as well as attracts the entrepreneurs for their implementation.

The development of the region is stimulated both by the system of tax and other benefits, and by the creation of special economic zones. The profit tax, income tax, turnover tax and social tax will amount to 1% for local industry in the agriculture and services sectors for the period of 2022-2030.

During the period of 2022-2026 the Export Promotion Agency will reimburse the small business entities of the Aral Sea Region 50% of the cost of railway transportation from other regions of the republic of machinery and equipment for the construction of enterprises and for the export of their products with high added value.

The Free economic Zone (FEZ) «Nukus-pharm», created in 2017, is designed to develop the pharmaceutical industry on the basis of its own medicinal plant raw materials. It is planned to create a free industrial zone in the Shumanai district on the border with Turkmenistan.

The export-oriented vegetable crops will be grown on 12 thousand hectares instead of cotton, the Karakalpak-Agro FEZ is developing, sesame plantations are being created, and the number of pedigreed cattle is increasing in the agricultural sector.

4. Active work is underway to protect and restore the ecological system of the Aral Sea region. According to the UN General Assembly Resolution of May 18, 2021, the Aral Sea zone is the main part of Karakalpakstan, as well as has become a zone of environmental innovation and technology. A project on greening the bottom of the dried-up Aral Sea is being implemented. Green spaces with an area of 1,7 million hectares have already been planted there. It is set to introduce the  electronic cartography and create a database of endangered species of flora and fauna.

As part of the innovative development program of the Republic of Karakalpakstan, an Academy of Young Scientists and a Youth Technopark are being established in Nukus to support young scientists and researchers, within which a laboratory with a genetic bank of plant seeds, a business accelerator and a training center at the International Innovation Center of the Aral Sea Region will be opened.

5. There has been active cooperation with international institutions and foreign policy partners to improve the socio-economic situation in Karakalpakstan. At the initiative of the President Shavkat Mirziyoyev in November 2018, the United Nations Multi-Partner Human Security Trust Fund for the Aral Sea Region in Uzbekistan was established.

Within five years, it is planned to attract $123.2 million to increase employment, improve social and natural conditions of Karakalpakstan. The government of Uzbekistan transferred the first tranche of $6.5 million to the fund. Funding arrangements have been made with the EU ($5.5 million), Finland, Norway, Japan, South Korea, Germany and Switzerland.

As part of the SCO chairmanship, the President Shavkat Mirziyoyev put forward the program «the SCO Green Belt », which provides for the expansion of cooperation between member States in the field of environmental protection. The first SCO event (meeting of the Council of National Coordinators in October 2021) was held in the capital of the region – Nukus.

Together with UNICEF, a programme was being implemented to improve the health, nutrition, water, sanitation, hygiene and well-being of the population, primarily the adolescents of Karakalpakstan. The programme addresses the needs of the population through the construction of sanitation facilities, improved access to safe water, hygiene promotion and sanitary.

The Ministry of Foreign Affairs and the embassies of Uzbekistan abroad have established active efforts to attract funds and credits for socio-economic development in Karakalpakstan and to reduce the adverse impact of climatic conditions. A project worth $24.5 million is being implemented with ACWA Power Saudi Arabia for the construction and operation of a 100 MW wind farm in the Karatau district of Karakalpakstan.

In general, the socio-economic development of Karakalpakstan, the improvement of the population’s life and the overcoming of the environmental crisis in the Aral Sea region are priority objectives of State policy and an important part of the development strategy of New Uzbekistan. The measures taken are designed to ensure the joint construction of New Karakalpakstan, to help strengthen the unity of the two peoples. 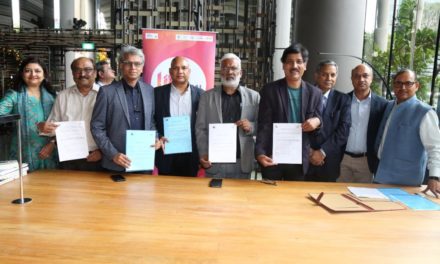 Press Statement by The Global Governance Group (3G) on the Outcome of the G20 Summit, Bali, Indonesia, 15-16 November 2022