THE African Group in Singapore represented by H.E. Jean de Dieu Uwihanganye, the High Commissioner of Rwanda in Singapore, welcomed more than a 100 guests to the African Day Celebrations at the JW Mattiot Hotel on Wednesady night 25th May 2022. The date commemorates the founding of the Organization of the African Union in 1963 and the African Union in 2002 and chart the progress made by the continent since then to advancing democracy, peace, stability, and socio-economic development.

High Commissioner Uwihanganye welcomed the representative of the Singapore Government Minister of State for National Development and Trade and Industry Mr Koh Poh Koon along with members of the diplomatic corps as well as many executives of major companies, numerous institutional and private investors to the event and his opening comments reflected main sentiments of everyone there that evening: “Let me start by saying: that I am an optimist about Africa. My optimism does not imply non-awareness of the continent’s challenges but stems from a conviction that the best of Africa lies ahead of us.”

He highlighted how the numbers and statistics certainly backed this up:
● Africa’s population is estimated to reach the 1.7 billion mark by 2030, making it the fastest-urbanizing region in the world. The continent at that time will have the highest number of youth in the world – all brimming with ideas, creativity and skills, which will make the continent the workshop of choice in the world

● It is no coincidence that Africa’s recent growth, epitomized by the Africa rising label, was due to increased levels of foreign direct investment. Improvements in fiscal policies, governance and regulatory frameworks and a move to diversify economies away from Africa’s traditional commodities-based economies presented greater opportunities for foreign investors

● The African market is open for investment in all sectors of interest, taking into account the advantages derived from its privileged geographical location, its connectivity between countries, like sea, rail, road, and an acceptable telecommunications service

● Africa has fertile land, abundant water resources and a wide range of mineral resources that are still unexploited. More precisely, Africa has 65% of the uncultivated arable land left to feed the world. So, the future of food will depend on what Africa does with its agricultural potential

Investment Focus
The High Commissioner also touched on how the African market is open for investment in all sectors of interest; much natural resources including fertile land, water and a wide range of mineral resources that are still unexploited; how many entrepreneurs have been making successful private investments in Africa as the world is shifting investment focus to Africa. This included a growing number of Singaporean companies. Currently over 60 Singaporean companies are operating in more than 50 countries in Africa, involved in projects across a wide variety of sectors such as oil & gas, food industry, information technology and others, and more are looking to expand their operations as the continent continues to open its doors to digitalization, economic integration and global trade. The final part of his speech focussed on the African Continental Free Trade Area, which is one of the flagship projects of the African Union (AU), established in 2018 to create a single market covering trade in goods and services. The agreement connects 1.3 billion people across the continent with a combined GDP estimated at US$3.4 trillion. 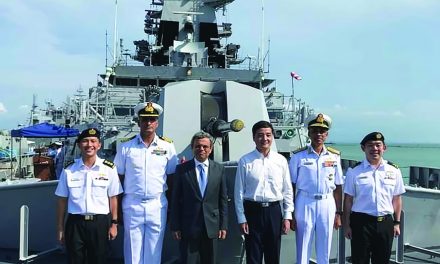 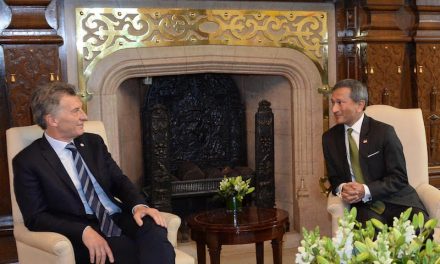 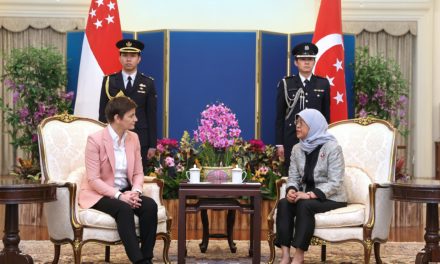